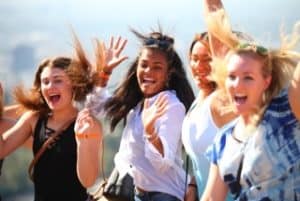 “Mum can we pleeeeease go to the meeting?” way back in April last year my daughter Grace asked me. “It’s about a really cool dance tour to L.A.”

Sigh. Hopefully the meeting will be a drag, Grace will be bored, and that will be the end of that I thought, as off we trotted to the meeting at our local dance studio one cold, bleak, mid-week night.

Well, the bleakness evaporated as quickly as a fairy godmother can turn a pumpkin into a glittering carriage when Kim Davey appeared like a vision in front of us. I kept looking to see if there were Disney birds following in her wake.

She had us all absolutely entranced. Enthusiastic, articulate, beautiful, radiant, gentle, organised, sincere, intelligent, genuine… this woman glows with a passion that only living one’s life purpose can give.  Kim told us about her dream to provide young kiwi teenagers with the opportunity to experience the performing arts outside of NZ. An opportunity that she never had (as a young girl with an absolute passion for performing). Her dream turned into a business, law was subsequently ditched, and before long ‘World Class Dance Tours’ was up and running and young teenagers interested in the performing arts now get to experience the trip of a lifetime. 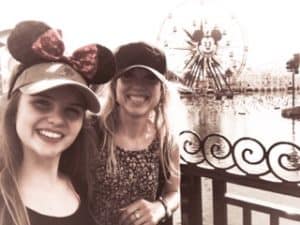 Grace and I signed up immediately after that meeting. My thought was: here is an incredible female role model that I (without a doubt) want Grace to have in her life.

What impressed me was how everything that Kim outlined in that first meeting was exactly how it was.  Actually it may have even been better.  She promised and delivered, massively.

I loved and was hugely grateful for the attention to detail, the efficiency, the low (actually No) stress, but most of all the FUN! Kim knows teenagers AND parents so she nails the fun for the teens and the superb organisation for the parents. Actually the parents enjoyed the fun too 🙂 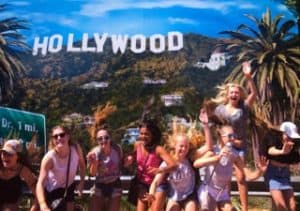 The experience the students gain is outstanding, opportunities to learn with top of their game choreographers very few would ever get a chance to learn from, dancing “stages” to perform on like Disneyland (!!) and Hollywood Boulevard (!!) and even the U.S. television programme Dancing With the Stars (!!!!!) Does it get any more fabulous? I have never seen a group of young teenage girls so excited, so happy, so optimistic, forming such close friendships, developing incredible skills, and having an amazing holiday at the same time.

I also loved the chance to go away with my daughter, just focussing on her passions and dreams. Magical. It’s not an opportunity that presents itself often, for that length of time. I loved being a witness to her literally maturing in front of my eyes. Seeing her blossom in the workshops, gain confidence, work hard, I loved listening to her talk about some long term goals she now had, and see her utter contentment at being amongst “her tribe”. I loved seeing her be herself. 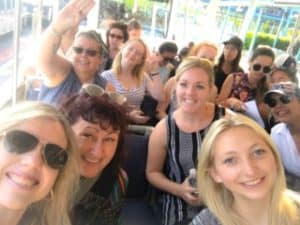 I also really enjoyed being a chaperone! I decided while at Universal studios (Oh did I mention that? Amongst all the dancing we also got to play at theme parks…) Anyway, 13-17 year old teenage girls are perfect theme park companions. Still with the excitement of a young child but with the maturity of an adult, it was just constant joy, fun, and laughter, but if they disappeared it was not a drama. Also they can manage their own food, hydration, sun block, and go on the really scary rides by themselves. It’s excellent.

I need to mention the tour guides, as they were another highlight for me. Kim has a little team working with her and the 3 tour guides on our trip I now consider good friends.  Passionate about what they do, they share the same interests and skills as the teenagers, so the bonding was instant. Again they quickly became role models for our daughters and had such a refreshing freshness and optimism about them that I came away from the trip feeling as though the world is an exciting place for our kids to be becoming adults in. I think that was the biggest gift for me, when the world can feel a bit bleak and the outlook seem a bit grim, World Class Dance Tours shows you that this is definitely not the case.

The world is full of, and bursting with opportunities, fun and adventure. 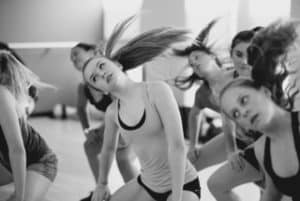 It’s what we are put on the planet to do.

And be kind to one another.

This was the gift World Class Dance Tours gave Grace and I.

(PS We loved the trip so much, we have just signed up for the New York one next year!)